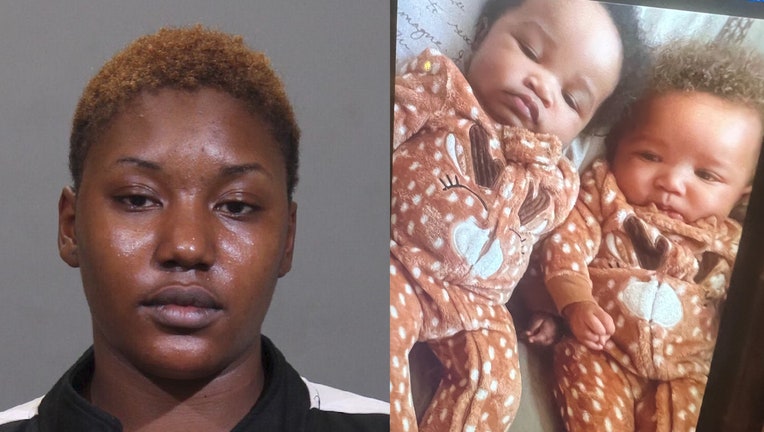 COLUMBUS, Ohio - Authorities in Ohio have expanded their search for a missing 5-month-old boy and his suspected kidnapper to five neighboring states.

Columbus police believe Nalah Jackson stole a 2010 Honda Accord on Monday with twin infants, Kyair and Kason Thomass, inside. Early Tuesday morning, Kyair was found at an airport parking lot in Dayton, 70 miles away.

Police said they have put out a BOLO alert in Michigan, Indiana, Pennsylvania, Kentucky and West Virginia.

Surveillance images of Jackson were also released from a gas station in Huber Heights — near Dayton — shortly after the reported car theft.

Columbus Police Chief Elaine Bryant told reporters Tuesday that the twins’ mother had left her car unattended to run inside the Donatos Pizza restaurant to retrieve a food order.

Authorities said Jackson, believed to be homeless, was inside the restaurant and left as soon as the mother entered.

In a news conference Tuesday, Bryant made a passionate plea for Jackson to return the baby safe and sound.

"Please return Kason Thomas," she said. "We thank you for returning Kyair. You can return him to any location ... We can even pick him up. Just call us and tell us where you are, and where Kason is."

If you know the whereabouts of Kason Thomass or have seen the stolen vehicle or the suspect, immediately call 911 or the Columbus Division of Police Special Victims Bureau at (614) 645-4266.