Listen to the entire speech from Ukrainian President Volodymyr Zelenskyy during his address to a joint meeting of Congress. Near the end of his speech, Zelenskyy presented Speaker of the House Nancy Pelosi and Vice President Kamala Harris with a signed flag, given to him by soldiers on the frontlines in Ukraine.

A former U.S. Navy SEAL who went AWOL in 2019 was killed this week in Ukraine, American officials said Friday. They said he was not fighting in an official capacity.

Daniel W. Swift, who was a 1st class petty officer, was injured in Dnipro and died of his wounds, said one of the officials, who all spoke on condition of anonymity to discuss personnel issues.

No other details were available, including whether Swift's body has been taken out of Ukraine.

The Navy said he deserted his post in San Diego, California, in March 2019. "We cannot speculate as to why the former Sailor was in Ukraine," the Navy said. 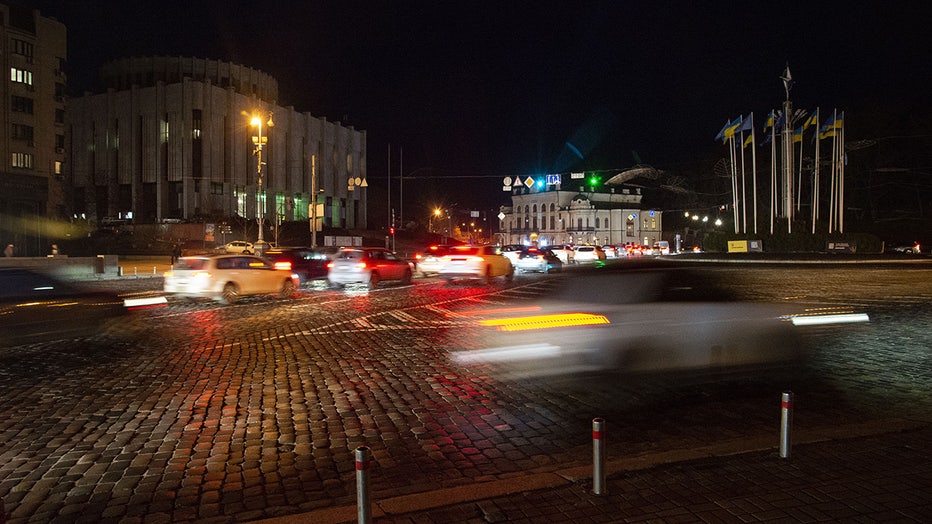 A view of street during power outages amid Russia - Ukraine war in Kyiv, Ukraine on January 20, 2023. (Photo by Danylo Antoniuk/Anadolu Agency via Getty Images)

At least five other Americans are known to have died fighting in Ukraine, according to State Department statements and reports from individual families.

He wrote a book in 2020 called "The Fall of a Man." Its Amazon page says he became a father at age 20 and "by the time he was thirty he had deployed as a Navy SEAL five times to include Iraq, Afghanistan and Yemen." It adds that he had four children.

The U.S. government has discouraged Americans from going to fight for Ukraine, citing concerns that they may be captured by Russian forces and held hostage. At least 6,000 people contacted the Ukrainian embassy in Washington during the opening weeks of the war seeking information about how to volunteer on behalf of Ukraine.

Half the potential volunteers were quickly rejected for lacking military experience, having a criminal record, or otherwise not being fit to serve, Ukraine's military attaché said last year.

Ukraine's Interior Minister and at least a dozen other people were killed when a helicopter crashed near Kyiv. Ambassador Mark Storella joined LiveNOW from FOX's Josh Breslow to speak about the crash and the ongoing war in Ukraine.

An unknown number of Americans have joined units of foreign fighters supporting Kyiv, including former military members. Others are volunteering with aid groups and human-rights organizations. The Biden administration has made it clear that no current U.S. service members are in combat in Ukraine, although there are some assigned to the embassy in Kyiv, including for security and with the defense attache's office.

The State Department declined to address Swift's death specifically but said in a statement that it could confirm the recent death of a U.S. citizen in Ukraine.

"We are in touch with his family and providing all possible consular assistance," the department said.