Peter Chin-Hong, MD, a professor in the UCSF Health Division of Infectious Diseases, speaks with LiveNOW's Andrew Craft about tri-demic concerns regarding COVID-19, RSV and the flu. Dr. Chin-Hong also speaks about the shortage of children's medications across the U.S., and what parents can do if they are in need of medicine that they cannot find.

Chinese officials estimated that some 250 million people in the country have caught COVID-19 in the past three weeks.

Sun Yang, a deputy director of the Chinese Center for Disease Control and Prevention, presented the figures during a closed-door meeting of high-level officials, according to the Financial Times. The figure, which accounts for 18% of the population, includes 37 million people who were infected on Tuesday alone.

Sun reported that the rate of infection continues to rise and that more than half the population of Beijing and Sichuan have already been infected, two people familiar with the matter said.

Beijing abruptly dropped its "zero-COVID" policy, which mandated lockdowns and widespread testing when even just a few cases had been detected. Many had deemed the policies too restrictive and potentially contributing to the deaths of at least 10 people in a high-rise apartment building fire. 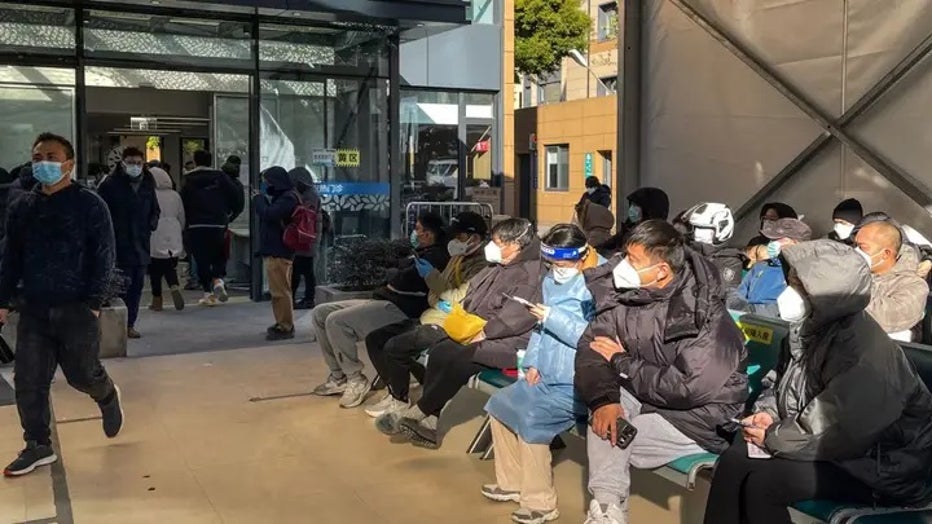 People wait for medical attention at Fever Clinic area in Tongren Hospital in the Changning district in Shanghai, on December 23, 2022 - China is battling a wave of coronavirus infections that has hit the elderly hard but resulted in only a handful o

The deaths prompted nationwide protests and a demand for the government to end the policy, which Beijing agreed to do – but the sudden change and lack of preparation, including inadequate vaccination levels, led to a surge in the infection rate.

China also moved to narrow the definition of what qualifies as a COVID-related death, which will reduce the public death tally. Officials reported only eight such deaths since Dec. 1. 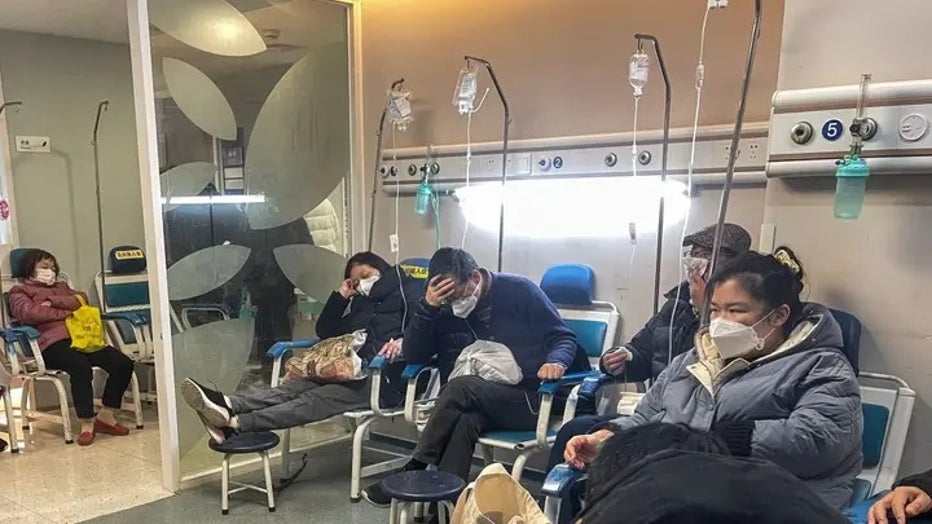 People receive medical attention in a Fever Clinic area in a Hospital in the Changning district in Shanghai, on December 23, 2022 - China is battling a wave of coronavirus infections that has hit the elderly hard but resulted in only a handful of rep

Hospitals in Baoding and Langfang have been forced to turn away ambulances and ill patients seeking treatment, while health administrators have been required to treat patients in over-capacity intensive care units on benches or the floor, officials said.

And crematoriums have had to turn people away as workers struggle to keep up with the spike in deaths, an employee told the Associated Press. 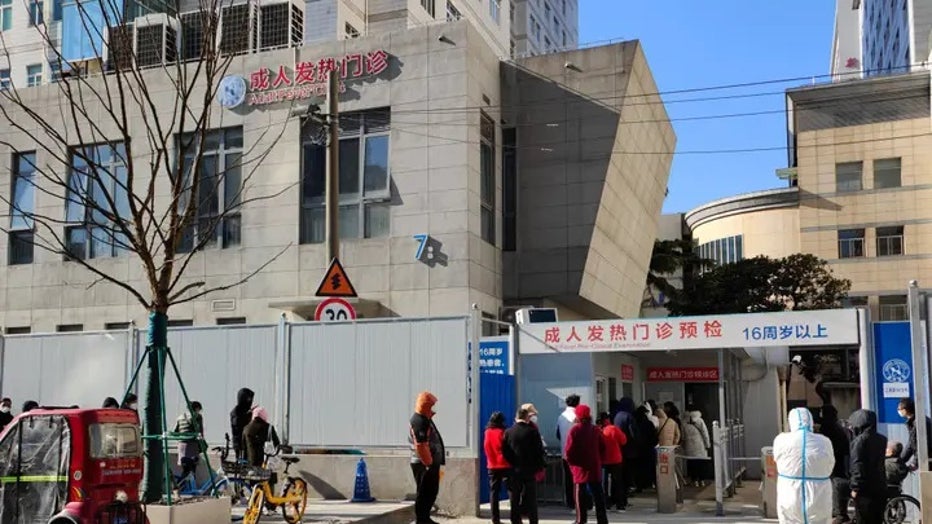 SHANGHAI, CHINA - DECEMBER 24, 2022 - Patients line up outside a fever clinic at a hospital in Shanghai, China, December 24, 2022. (CFOTO/Future Publishing via Getty Images)

"There’s been so many people dying," said Zhao Yongsheng, a funeral worker, who estimated that his shop burned between 20 and 30 bodies a day. "They work day and night, but they can’t burn them all."

A Reuters witness saw a line of about 40 hearses waiting to enter a parking lot outside a crematorium to carry away 20 coffins. Staff wore hazmat suits and smoke rose from multiple furnaces, but it remains unconfirmed – though likely – that the deaths resulted from COVID-19.

Some residents have reported waiting days to cremate relatives or needing to pay steep fees to secure a "speedy arrangement."

Fox News' Lawrence Richard and the Associated Press contributed to this report.

LINK: Get updates and more on this story at foxnews.com.