Boy, 12, charged with murder for hit-and-run crash that killed 82-year-old

A 12-year-old boy has been charged with murder for a hit-and-run crash that killed an 82-year-old woman last month.

DALLAS - A 12-year-old boy has been charged with murder for a hit-and-run crash that killed an 82-year-old woman in Dallas last month.

Florence Kelly was killed in the crash that happened just after 11 a.m. back on November 7, on Royal Lane, in Northwest Dallas.

On Wednesday, Dallas police announced they charged a 12-year-old boy with murder in Kelly's death. 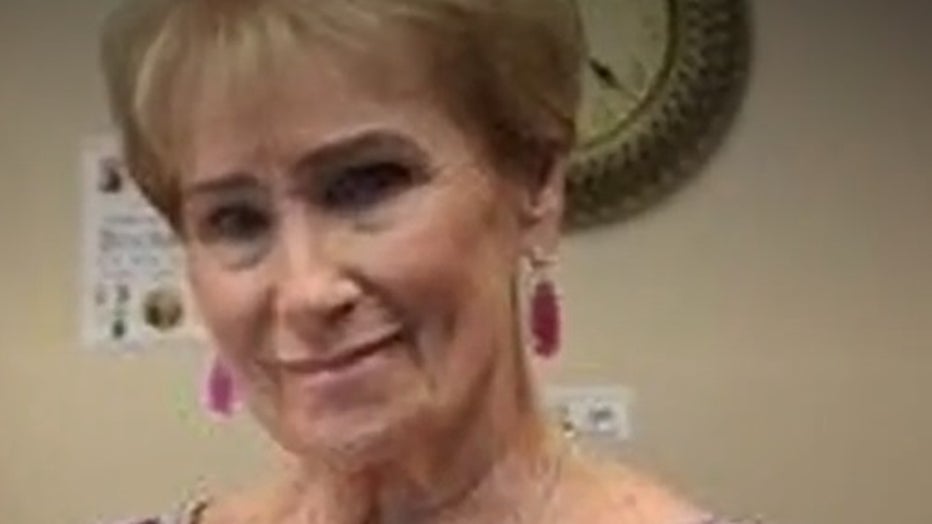 Witnesses told police the driver of a gray 2005 Toyota Avalon, who appeared to be a teenage boy, ran a stop sign and slammed into Kelly’s car.

He and two young female passengers got out of their wrecked car and ran. They left behind a 13-year-old girl who was pinned inside the car.

Some bystanders ran after them and tried to stop them, but could not.

Dallas police did not say if they still are looking for other suspects.

They also have not said how they identified and located the 12-year-old who they said was behind the wheel.

The suspect's name has not been released because he is a minor.

Under Texas law, suspects ages 14-17 years old who are charged with capital murder or a first-degree felony can be certified to be tried as an adult.

But according to Texas family code, the 12-year-old cannot be tried as an adult.

Christmas is big in the Kelly household.

Kelly’s daughter, Rebekka said her late mother had a yearly tradition of giving ornaments for the tree.

"This is the last ornament that my mother gave me, it was last year," she said. "It was very hard to get through the Christmas decorating, and I imagine it always will be."

The 82-year-old matriarch of the family was killed by a hit-and-run driver last month.

Now, weeks before the holiday Kelly looked forward to the most, Dallas police arrested a 12-year-old boy for the crime.

"It’s a gut punch, I knew he was young, that’s horrifying. The whole thing is horrifying," she said.

Rebekka is just happy an arrest was made.

"It’s a step forward, nothing is going to make things better. It’s been a true nightmare for our family," she added.